“There is no road ahead. I can create a path behind.”

I am just back from Japan where I participated in the 10th anniversary conference of ACAP – Active Aging Consortium of Asia Pacific. I loved it, learned a lot and sealed an alliance for our Pass It On Network so we will all be able to continue to learn from each other.

Impossible to tell all, but here are some highlights. Also visit ACAP’s Facebook Page to stay informed of upcoming events and topics of interest.

Join the Pass It On Network Team at the 8th Positive Aging Conference in Washington, DC – August 25-27, 2016

The 8th International Conference on Positive Aging (PAC) will be held in Washington, DC, August 25-27, 2016, hosted by the Society of Certified Senior Advisors (CSA) and supported (as in the past) by Fielding Graduate University and its Creative Longevity and Wisdom Program.

The Pass It On Network invites its members and supporters to a special Happy Hour event on Thursday, August 25 from 5 pm – 7 pm. Details to follow.

The first PAC was held in 2007 at Eckerd College in St. Petersburg, Florida, with a keynote address by Gene Cohen, author of The Creative Age. It was an inspiring, pioneering event. The highlight of the event was the joy of discovering that all over the US and beyond, like-minded people were alive to the new opportunities offered by the gains in longevity and brimming with ideas to spread the good news. What an incredible spirit of sharing of ideals, values, contacts, expertise, tools, books, practices and methods there was!

Since then, conference events have gone beyond the purely professional to open doors to many opportunities for personal exchange with people of all backgrounds looking for a positive vision for the second half of life. For the past four years, Fielding Graduate University, through its Creative Longevity and Wisdom Program, has been the academic sponsor of the conference.

The words of philosopher Martin Buber sum up the spirit of the Positive Aging Conference beautifully: “All real living is meeting.”

The Story of the Seeds of the Pass It On Network

The Positive Aging Conference has a very special meaning for the network’s founders, Dr. Jan Hively and Moira Allan.

Moira flew in from Paris in December 2007 to join a pre-conference “Too Young to Retire” seminar and went on to the main event. There she listened to a dynamic blonde talking about «meaningful work, paid or unpaid, through to the last breath». What a challenge. What a vision. The speaker was Jan Hively. Cards were exchanged. Invitations issued. About 9 months later, back in Paris, Moira received an email from Jan saying that she would be in Europe and would like to visit Paris if the offer still stood. It did. She came and ever since we have worked together, first, with Pat Munro from World Café Europe, on a series of cafés in Bilbao, Bonn, Prague, Bologna, Strasburg and London, called European Voices for Active Aging within the framework of the European Union’s 2012 year of positive aging and intergenerational solidarity. Participating in these cafés and hearing the voice of the +60 participants expressing their determination to remain actively involved in society led to the creation of the Pass It On Network.

Mauritius was ranked first in the Help Age Global Age Index for quality of life and wellbeing of elders in the African region in 2014 and 2015. Going through their National Plan of Action for Aging 2016-2020, it is clear why the Island is ranked so high. The country has a grassroots approach involving the people both in planning and in action. The Senior Citizens Council with its network of 750 senior citizen associations is a vital element. The total population of the island is 1,329,528 of which 99,263 are in the +64 age group.

Pass It On Network’s Mauritian liaison, Prof. Armoogum Parsuramen, is the chairman of the Senior Citizens Solidarity (Mauritius) Foundation. One of the foundations core responsibilities is to protect the elderly in their remaining years, by helping them overcome difficulties in all social, health, economic and rehabilitative aspects of life. The foundation advocates for seniors’ rights and it also elevates the status of seniors in the society. It is interesting to note that the foundation educates seniors on new technologies as well. In the near future, they hope to partner with numerous other charitable organizations, both in Mauritius or elsewhere, for the benefit of seniors.

Prof. Parsuramen is also the Founder-President of the University of the Third Age (Mauritius), which was launched two years ago; courses are already being offered in 20 centres across Mauritius. His international career at the World Bank and the UNESCO has honed his commitment to the benefits of cross-fertilizing ideas and projects. With this in mind, he organized a Skype session with the Senior Citizens Solidarity (Mauritius) Foundation board members and the Pass It On Network’s co-founders, Dr. Jan Hively (who was up by 04:30 a.m. in her Cape Cod home/office for the session) and Moira Allan in Paris.

The Skype call between the members of Senior Citizens Solidarity (Mauritius) Foundation and the Co-founders of the Pass It On Network on Wednesday 23rd of March 2016 at Amity, Ebene. 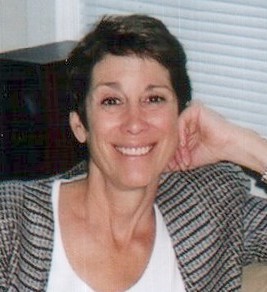 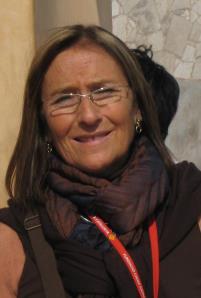 Dr. Dori Mintzer of Boston Massachusetts (left) runs, with amazing consistency and flair, a monthly SIG on issues of vital interest to Boomers and Beyond.

Silvia Crom of Buenos Aires (right), psychologist, blogger and Pass It On’s liaison in Buenos Aires, was delighted to meet with Dori.

It was so interesting to meet someone from the same professional background. Our discussions were very enlightening for me. Dori has succeeded in her career and as an author and she shared her experience and brought home to me the importance of developing one’s activities and image on the Web.

Congratulations to Bernice Bratter and Helen Dennis, co-founders and co-authors of Project Renewment: The first retirement model for career women on their 17th anniversary. «When we began in 1999, we had no idea that 17 years later we would have created more than 30 groups in 10 states and 3 countries». The three countries are France, Iceland and Spain – thanks to the Pass It On Network.

Typically, a Project Renewment group consists of 8-10 women who meet regularly to share their experiences and inspire each other during the transition period from full time work to a second act. Each group has a personality of its own. However, one consistent unanticipated outcome has been the development of close friendships within and across groups. «It is common to hear our women say that they are closer to the women in their groups than they are to some of their longtime friends.» says Bernice.

For long-standing groups, the conversation has shifted away from retirement transitions to relevant issues of aging and opportunity.

If you are interested in starting or facilitating a group or if you have questions or suggestions, please contact Bernice at bbratter@aol.com or 310-422-1559. 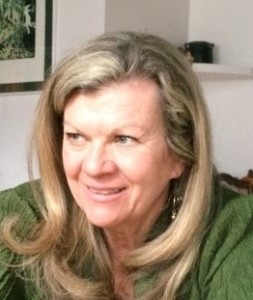 Janice Blanchard, from Denver, Colorado, planned time during her family visit to Paris to meet Françoise Sauvage, of Old’Up’s international committee and Moira Allan, Pass It On Network’s international coordinator.

« I have been working on several alternatives, including one called “CareBanks,” with Edgar Cahn who is the creative genius behind TimeBanks. The other idea that I am working on is called “The Turquoise House Collaborative” – somewhat like the Green House Project, where care is offered for 8-10 residents in a specially equipped home, Instead of being run by Shahbaz*, it is run by volunteers who bank their hours for a time when they or their loved ones need care.

* shahbaz (noun) A shahbaz is a person who works in a Green House with elders and is dedicated to (1) the enlargement of the skills and capacities that are latent within the elders and (2) the pursuit of the most positive elderhood possible. They are the midwives of a new elderhood. Plural: shahbazim – coined by Dr. Bill Thomas, author of What Are Old People For? and Second Wind.

Guide to Managing a Volunteer Workforce

Thanks to Doug Dickson, Encore Boston Network, for sharing the substance of a recent Harvard Business Review article entitled “A Guide to Managing a Volunteer Workforce” by Joe McCannon and Hahrie Han.

The article included this sage advice:

“Thoroughly unprepared, we take the step into the afternoon of life. Worse still, we take this step with the false presupposition that our truths and our ideals will serve us as hitherto. But we cannot live the afternoon of life according to the program of life’s morning, for what was great in the morning will be little at evening and what in the morning was true, at evening will have become a lie.” —C.G. Jung