All five top ranking political speakers stressed the vital importance of involving the civil society in find solutions for all issues raise by the longevity revolution. Mr. Karl Erjavec, the Minister of Foreign Affairs and Deputy Prime Minister, emphasized the fact that longevity was a global issue and called for a fundamental rethinking of society and that could only be achieved with the initiative of the civil society and a policy of open dialogue.  Mr. Anja Kopac Mrak, Minister of Labour, Family, Social Affairs and Equality, represented by the deputy minister, agreed and said that demographic change affected every aspect of social life and new systems needed to be developed, followed him. “Our goal is solidarity, harmony and equality between all generations”. Mr. Zoran Jankovic, proud Mayor of Ljubljana, the city that has, for the second year running, been designated the Green Capital of Europe, said the city was a clean city, a green city and a safe city that strived to create community. Everyone must, he said, have adequate means to live with dignity.

As the day’s program played out, several speakers regretted that the political leaders had not been able to listen to the hard realities they found on the ground.

Will you still need me…

Dirk Jarré, president of EURAG, somewhat startled the audience by singing the words of the Beatle’s song … “will you still need me, will you still feed me when I’m 64”? He recalled that 14 years ago Kofi Annan, Secretary General of the United Nations at the time, had made a big impact on all those gathered at the second world assembly on Ageing in Madrid in April 2002. Significant progress had been made since then.

He stressed that older persons are a treasure to benefit from and went on to trace the role that EURAG (European Federation of Older Persons) plays in shaping European Aging Policies. Essentially, he said, we no longer need to struggle for more policies and more laws, they were already in place – we need to struggle to see that they are implemented.

A major accomplishment of EURAG is to serve actively on the UN Economic Commission for European that encompasses 56 countries from Vladivostok to Vancouver. Read speech.

He also outlined EURAG’s very active role in SIforAge  – Social Innovation for Active and Healthy Ageing, a European Commission financed project that will be showcasing its work during a two-day conference “Envisioning a New World” in Barcelona on 19/20 October 2016.

A guideline for advocating

Dr. Dusaana Findeisen, University of Ljubljana, made a strong plea to extend the Danube Networkers (DANET), a very effective network that is growing along the Danube to foster social capital and older people’s social engagement and integration.

Dr. Mateja Kozuk Novak, DZUS, impressed the audience with her detailed description of a persistent lobbying program run by the national network of seniors to get through to parliamentarians in their home towns.

The difference between a job and work?

Prof Dr Ana Krajnc, University of Ljubljana, Faculty of Philosophy, and Founder in 1986 of the Slovenian Third Age University, said older people needed new knowledge and said that education was a constituent part of life long education and aging. She lamented the fact that there was no plan to train people as they leave formal work and step into a 30 to 40 year new phase of their lives.  “This is a great pity because without education, we can easily slip into a state of dependency and that is negative for society. We have to say out aloud an aging society is not a mistake – it a great privilege.  We also have to ask ourselves what is the difference between a job and work”?

Anka Osteman, Sociologist, staggered the audience by reporting that members of 300 pensioners associations in Slovenia had paid personal home visits to 700,000 peers over a period of 10 years. “Our experience,” she said, “is that as pensioners, we enjoy helping others and our aim is to implement mutual communications in every community so that everybody feels supported and able to call for help.”

There were several international presentations. Moira Allan, co-founder and international coordinator of the Pass It On Network, called for active aging advocates to join the global network and for details of peer-to-peer programs.

Jaap van der Spek, from the Nethlands, addressed the issue of senior organizations, their activities, and their impact in the Netherlands where very sharp cuts in pensions and in privileges had been introduced over the past three years.

Raziel Zwang, from Israel, gave examples of what was happening in Israel and said he was unhappy to report that 25% of seniors were living below the poverty line. 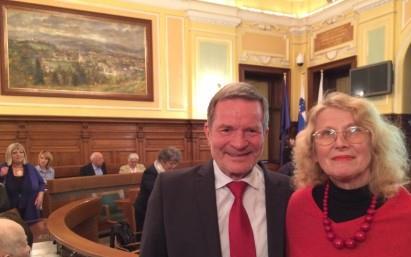 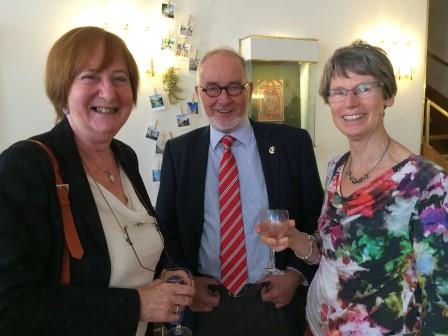 Arlette van Assel, from Belgium, (left) is EURAG’s new representative at AGE PLATFORM. She takes over from Jaap van der Spek from the Netherlands, seen here with his wife Margreet 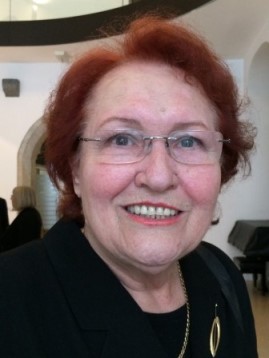 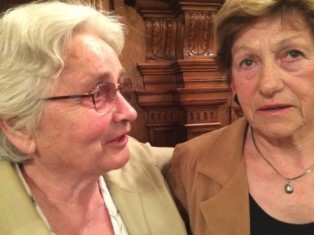 Irena Kozelj Levicnik (left), vice president of ZDUS, with Anan Ostram, sociologist who spoke about a better quality of life for the elderly at home. Both are actively involved in ZDUS’s annual senior festival held in autumn 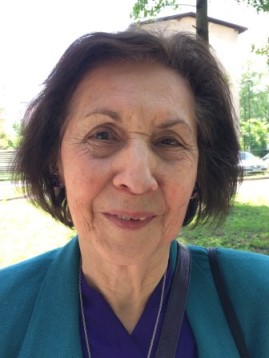 Dr Cammenza Meneses-Cornelissen, presented her work on the issue of the integration of refuses and migrants in Europe and that of the network of organzations representing older migrants, NOOM