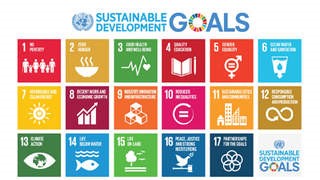 Jan Hively and Moira Allan, Pass It On Network’s co-founders, share some encouraging news in this joint blog about their findings on how business for good is taking off – and ask if you see examples of what they are finding.

Says Jan in Massachusetts: “I felt a positive ray of hope in August when I read that the Business Roundtable, a group of chief executives from some of America’s biggest corporations, had made a pledge to commit their companies to the free market economy that serves ALL Americans, not just their shareholders.” The Boston Globe article by Larry Edelman said that this shift from the profit-making values dominating the U.S. economy since the 1980s is part of a groundswell that’s been growing over the last decade.

In 2011, the Harvard Business School Review published a paper on the concept of shared value by professor Michael E. Porter and Boston consultant Mark R. Kramer. It opened by saying: “The capitalist system is under siege. In recent years business increasingly has been viewed as a major cause of social, environmental, and economic problems. Companies are widely perceived to be prospering at the expense of the broader community.”

The authors argued that corporate America “must reconnect company success with social progress. Shared value is not social responsibility, philanthropy, or even sustainability, but a new way to achieve economic success.”

As Edelman reported, that concept got a big boost when the Business Roundtable threw out one of their basic tenets — that corporations exist principally to serve their shareholders.  Instead, they said, they were committing their companies to a “free market economy that serves all Americans.” Along with profits for shareholders, companies must “deliver value” to customers, employees, suppliers, and the communities where they operate.

It’s taken years, and many people doubt their commitment, but some of America’s best-known chief executives are ditching the free market fundamentalism of the Chicago School for a more liberal definition of corporate citizenship — one that evolved, in good part, through the work of Porter and Kramer and other leaders in Boston’s academic, corporate, and political realms.

In Paris, Moira Allan writes: “It was close to midnight and I felt like a change of ideas before going to sleep, turned on the TV, zapped a few channels and then stopped dead on the parliamentary channel that was winding up a program on Business for Good!”

Philippe Askenazy, professor of economics at France’s prestigious CNRS – Centre Nationale des Reserches Nationales – was being interviewed on his latest book Partager les Riches – “Share the Riches”.  The presenter, in closing, shared a number of resources, including the book published in 1990 that kicked off the discussion about business values, titled Reconciliations!

“And then,” Moira writes, “I saw the headline, ‘SDG-linked Bonds oversubscribed 4 times.’ Europe’s first general-purpose SDG Linked Bond, an innovative corporate financial instrument that aims to contribute to the achievement of the Sustainable Development Goals that comprise the UN’s Plan for 2030, has been oversubscribed by 400%!”

This response to the €2.5 billion multi-tranche bond released by the multinational energy company Enel in October signals a strong demand for SDG-related investment opportunities. The news was relayed by the business network UN Global Compact  that pointed out that the European success topped Enel’s first SDG Linked Bond that had been issued in the American market in September, and raised US     $1.5 billion.

The UN’s Global Compact aims to mobilize a worldwide movement of sustainable companies and stakeholders to create the world we want. And to this end, the Compact supports companies that do business responsibly: 1) by aligning their strategies and operations with Ten Principles on human rights, labor, environment and anti-corruption; and 2) by taking strategic actions to advance broader societal goals, such as the UN Sustainable Development Goals, with an emphasis on collaboration and innovation.

Good news for all of us!