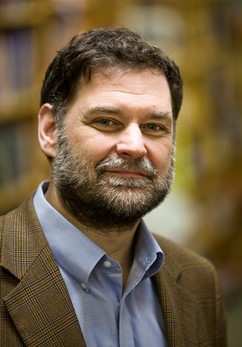 Dr. Bill Thomas, founder of Eden Alternative and the author of “What Are Old People For” and “Second Wind”, has given the Pass It On Network permission to print this important article from his “Changing Aging” blog that shows how we can be both independent and in community as we age.

It’s also true that American culture has never really dealt with the jarring dissonance it has created between Aging and Independence. On the “aging” side of the equation we are living in a golden age of longevity, more people in more places are living longer than ever. Hooray! But… On the “independence” side of the equation we have long identified independence with youth. Older people have been told that they must do whatever they can for as long as they can to stave off their descent into dependence. This struggle has also called forth an enormous (and enormously powerful) multi-hundred billion dollar industry that consists entirely of programs and facilities designed to manage dependency in old age.

Things are about to change. We are seeing the outlines of a new movement that disrupts the conventional narrative surrounding aging. I call this stirring within our culture “Independence Rising.” There is a new story being told and it goes something like this:

The opportunity to live in the place and manner of one’s own choosing should not be restricted by age or ability.

The truth is that living in the place and manner of your choosing depends on the health of your community. And community health in turn is based on the level of interconnection and interdependence between community members. The more segregated your community is by age and ability, the weaker it is. The more diverse and integrated, the stronger it it is. Aging and Independence only flourish in healthy, interconnected communities.

How do we build healthier communities? I believe we need to take into account what I call the innovation “triple alloy” combining architecture, technology and culture, in order to envision a world where independence and aging go together— like a wink and a smile. It is always tempting to take the easier route by applying only one dimension of the triple alloy to a challenge. But this results in short-sighted problem-dependent solutions that do nothing to change the status quo.

In order to distinguish which organizations or innovations are bound to the narrative of decline, and which are in pursuit of independence at every age, we need only ask a simple question:

“Does your service/facility/product profit from your customers becoming weaker, more frail and socially isolated?

Does your service/facility/product profit from your customers becoming stronger, more purposeful and better connected to the world around them?”

This is how I am choosing to judge my own work.  I am consciously reorienting myself towards the goal of helping people become independent— together.  Independence Rising is a movement that breathes life into what will likely become a booming new sector in the aging services economy and I am trying my best to play a helpful role in this revolution. Before Thanksgiving I gave the keynote at Aging2.0 Optimize in San Francisco (watch the speech below). In that speech, I outlined three significant Independence Rising initiatives I am pursuing in 2018 based on the Triple Alloy lens:

Minka, MESH, and MAGIC— who knows, they might become the “3M” of a whole new industry.