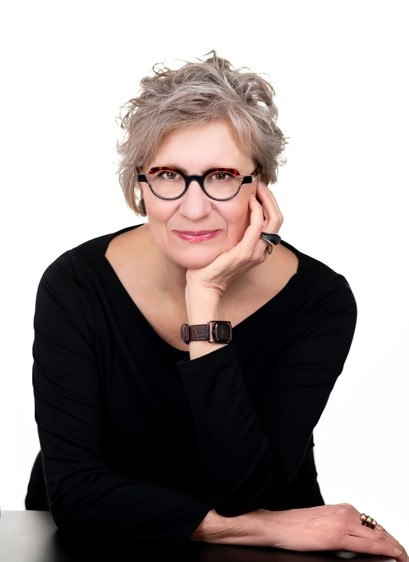 I always knew that I would want to be busy and do meaningful work. And, I’ve been saying for years that the only thing that will get me to retire is having grandchildren. At my current age of 68, I still don’t have any, so I keep working. I love what I do so it doesn’t seem like work, most of the time.

I learned very early that I couldn’t work for anyone else – as an employee I didn’t have a voice. The only other option was to become my own boss and I leaped into being a business owner, now commonly referred to as entrepreneur. As with most entrepreneurs, I get bored and always like change. I’d been working with entrepreneurs for several years and it was getting difficult to be paid for my services as all of a sudden young entrepreneurs were receiving free support and services from different levels of Government. Hard to compete with “free”.

It was around this time that I was approached by a small business organization to write a blog on financing for older entrepreneurs. It was an intriguing topic which led me to delve deeper into older entrepreneurship, not only in Canada but around the world. What I found was both encouraging and disturbing.

Encouraging in that there were so many people deciding to move into entrepreneurship after the age of 50. Many were doing so because they had always wanted to own their own business after retirement and now had the time to do so. Others had retired and found that it really wasn’t all that it was cracked up to be. At the other end of the spectrum, there were those who had been laid off and couldn’t find work so their only option was to start a business.

The disturbing part was the lack of support and programs for this new group of entrepreneurs.  Unfortunately, there was a mindset surrounding older entrepreneurs that we would never amount to anything, we wouldn’t add anything to the economy and wouldn’t be in business for long. And of course, the media continued to focus all their attention on young entrepreneurs and how innovative they were. They didn’t realize how creative older entrepreneurs are, as well.

It is vital for all entrepreneurs, regardless of age, who we are, what we are doing or where we are located, to be treated equally. We all deserve the same programs and services but unfortunately that hasn’t been the case.

In 2017, to draw attention to older entrepreneurship in Canada, I created the “WISE 50 over 50 Awards” program to recognize and celebrate 50 Canadian Entrepreneurs who started a business after the age of 50. I had no idea if or how successful the awards would be and was over the moon with the results. In the second year, support for the awards grew by 20% and applicants by 30%. They grew so quickly I knew I needed help. I looked at various options and mentioned them to some of the winners. They suggested that they wanted to help with them. Now in the third year, I’m fortunate to have a group of previous winners working alongside me to continue to grow the awards. It is significant to see how dedicated they are in helping me make a difference in Canada.

It’s fascinating to see the types of businesses being started and the support from small business organizations across Canada who share information on the awards and even nominate companies.

Although there isn’t a big gala, or even a physical award, close to half of the winners each year, from across Canada, have come together in Ottawa to meet each other and attend some events that were arranged for them. They pay all their expenses themselves. Being an award winner has opened doors for many of the winners, including pathways to media attention and mentorships.

In 2018, during their time in Ottawa, I held a roundtable discussion with the Canadian Chamber of Commerce, the Canadian Federation of Independent Business and dignitaries from the Federal Government. The reason for the roundtable was to bring attention to older entrepreneurship and the struggles we face. Each of the winners introduced themselves, their business goals, and the challenges they face as older entrepreneurs.

The energy, enthusiasm and passion in the room generated more than I had hoped for. One of the Government dignitaries talked about the discussion in the House of Commons the following day.  Others in attendance let me know that they had had no idea previously about what older entrepreneurs face. It is still a long road ahead but at least it is a beginning to have people talk about us. There are plans for another roundtable later in 2019.

The awards have become an integral part of my business as they are becoming well known, not only in Canada but around the world. I have a big vision for expanding the awards to other countries around the world.

Together we can make a difference

Change is happening but it is slow and change will only happen if we all do our part in supporting older entrepreneurs. I encourage others to create their own ways of bringing attention to this under-supported and under-served group of entrepreneurs.

From years of being an entrepreneur myself as well as from speaking with older entrepreneurs, I know the struggles they face and am writing a book to guide them through the the process of business start-up. WISER | The Definitive Guide to Starting a Business After the Age of 50 will be published in the latter part of 2019.

Please visit www.wise-seniorsinbusiness.com to find out more and join the e-mail list to be kept up-to-date on older entrepreneurship.

And if you don’t hear from me in the future, it will be because I’m a grandmother!!

0 comments… add one
Becoming an elder leads us to reflect on what legacy we are leaving for our children
Contemporary Libraries from Helsinki to San Francisco are reshaping their place in Society
0 comments… add one
Learn what's new from around the globe!