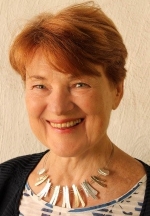 A Forbes Magazine contributor, Howard Gleckman, has started a New Year’s debate on what to call old people. He says that we’ve tried senior citizens, seniors, the elderly, elders, retirees, and even “gerontos.”  He mostly uses the term “older adults” that appears to be catching on.  But he does not find that term entirely satisfying.  “Older than who?” he asks. 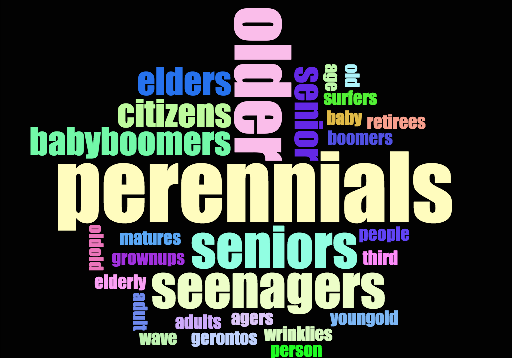 Gleckman then runs through three decades of euphemisms from people like British historian Peter Laslett, who created the phrase “Third Age”, marketer Ken Dychtwald, who spun it into “the Age Wave,” and actress Jane Fonda, who called it “Life’s Third Act” in her TED talk at age 80.

Gleckman goes on to quote Laura Carstenson, the founding director of Stanford’s Centre on Longevity.  Dr. Carstenson wrote about ageing in a year-end edition of the Washington Post, and used the word “perennials” for people over 65.  “They are just like the plants that blossom ‘again and again’ if given proper care and support,” she says.

As one of the US experts on how ageing changes the way people respond to their environment, her research shows that people are generally more positive about life as they age.

Laura Carstenson credits a consumer marketing consultant named Maureen Connors for coming up with “perennial” as a euphemism for an old person. Connors, she says, uses the word to refer to older consumers in her work with the fashion industry. Carstenson likes it because it helps people “shift away from fear of growing old and toward embracing living long.”

Personally, I love the word « seenagers » coined by Professors Etisiobo and Aderounmu Adebimpe, alumni of the Luth Medical School in Lagos, Nigeria. It’s based on functionality and talks to anyone 55+ on the right side of the dependency threshold.

The word is gaining currency since the first « Seenagers » Conference on the Challenges of Ageing in Africa was organized in Nigeria in October 2017 by David Olduare Mark, PhD, CEO of the Family Ark Mission, and country liaison for the Pass It On Network.

What are your thoughts about the right word for us? How would you prefer to be called during your numerous functional years on this side of dependency? What new language is emerging for both this and the next stage?

Please share your views.  This is about Us! “We are the ones” we are talking about!