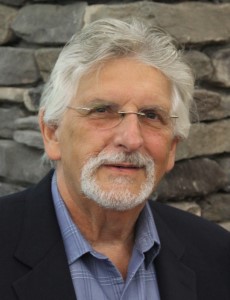 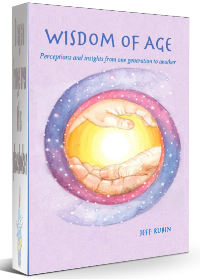 Here is an interview with Jeff Rubin, a vocal elder advocate who believes that every individual has the right to be heard and the power to make a difference regardless of ability or age. He is also the author of “Wisdom of Age: Perception and insights from one generation to another.”

Having spent over 20 years managing community service programs, he is today an advocate for “age-friendly” and “livable” communities, currently advancing these initiatives throughout his state of Kentucky. One of his efforts in his local community is working with the public library to create opportunities for grandparents and grandchildren to engage in meaningful conversations about ageing.

1. What are the biggest misconceptions about ageing and the elderly?
Overall, we live in denial about ageing. People see it as something that happens to someone else, rarely to themselves. Whenever I give a talk, I’ll start out by asking if there are any “old” people in the room? Very few hands go up. When I ask if those same people know anyone who is “old,” every hand goes up. They’re not us, but we know who they are when we “see” them.

Instead of embracing age, people see it as a period of decline where value and self-worth are questioned and any dreams they may have for a final chapter are too often discouraged, ignored, or dashed. Too many people still see the elderly as people who only receive services rather than people who are infinitely capable of providing them. It is that mindset that has limited our planning for the future.

2. Talk about ageism and the work you are doing as a member of the Kentucky Institute on Aging.
Ageism is prevalent throughout our society as it is in many countries around the world. The term “ageism,” however, is often misapplied. Used primarily to describe discrimination against “older” people, it actually covers stereotyping and discrimination against any individual or group based solely on age. Ageism paints a broad brush in determining human value at both ends of the spectrum, as it marginalizes the young as well as the old.

The Kentucky Institute on Aging is an advisory body appointed by the Governor to serve as a resource to the Kentucky Department of Aging and Independent  Living. As such, we review policies and programs, provide counsel, and engage in educating our state legislature and the public about issues impacting the quality of life of elder and disabled populations. While my work is on issues affecting the elderly, the shift in demographics taking place worldwide affects literally every sector and every age group in our society. Limited access to public transit, affordable housing, employment, health services, recreation, civic and social engagement, and intergenerational connections affects where older people live and how they live. It also impacts individuals, families, communities, and commerce across the entire socioeconomic divide.

Bringing about meaningful change begins by raising awareness. That’s why I’m most proud of two resolutions my colleagues and I helped draft that recently passed in our state legislature. The first acknowledged the ageing of our society and the need to become a more “age-friendly” Kentucky. The second addressed the need to acknowledge and address the impact of opioids on our elder population when considering the scope of the problem. These resolutions shine a light on two issues previously receiving little or no attention.

3. Are you seeing more issues involving ageism and elder abuse as Baby Boomers are getting older?
Unfortunately, I am. According to recent retirement studies, two-thirds of today’s baby boomers plan to work past age 65 or do not plan to retire at all. However, that decision may be harder to realize given the realities of ageism in the workplace.

For older workers and others who’ve experienced job loss, their situation may be compounded even further when viewed against their preparedness for retirement. Nearly 60 percent of workers ages 55 and older have less than $100,000 for their retirement years, and another 24 percent have saved less than $1,000. In short, an increasing number of workers reaching retirement age are fearful about running out of money, the consequences of which will ultimately be felt by all.

A growing number of ageing baby boomers are also vulnerable to a broad range of exploitation and abuse. Knowing just how many and who they are, however, is difficult to determine since few agencies handling elder abuse keep track of that information. Kentucky, for one, does not have an “elder abuse” law. Rather, the law provides for protection of adults age 18 and over “who because of a mental or physical dysfunction cannot carry out the activities of daily living or protect themselves from others who may abuse, neglect, or exploit them.”

In spite of what is known, as few as one in 25 elderly exploitation cases is ever brought to the attention of Adult Protection Services and other related authorities. What may be even more alarming is research showing that just over 50 percent of the perpetrators are adult children or other relatives.

4. How did “Wisdom of Age” come about and what can people learn from reading the book?
“Wisdom of Age” came about because of my deep personal and professional concerns about society’s view of ageing, how those considered “old” are treated, and what my generation and others can expect if we continue to ignore the consequences and absurdity of ageism.

Since “old” is a relative term, the insights and wisdom found in my book reflect the thinking of people including those starting out on life’s journey and others looking back on the paths they have taken. Whether age five or 103, readers can expect to find something that will engage, inspire or challenge them. My book supports my belief that anyone, regardless of their given age, can think, dream, and influence the world around them. In short, “Wisdom of Age” confirms the wisdom to be found in anyone if we but take the time to listen.

This interview was conducted by Maria Shriver for her “Sunday Paper” TV show, and written up by Susan Pascal. For more information about Jeff Rubin, go to wisdomofage.net.