If I lived in Helsinki, I would be a daily visitor to Oodi, the city’s cool new library/living room. If I lived in the US, I would seek out libraries that would help me navigate the world of senior dating. Wherever I lived in the world, I’d order a Little Free Library and start my

Universal Declaration of Human Rights (UDHR) was proclaimed by the United Nations General Assembly in 1948. It was a historical moment for humanity. It outlines the fundamental human rights under which we are universally protected. Since then population-specific conventions have been developed by working groups and adopted by countries around the world, such as: Convention 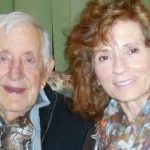 I first met James Birren (pictured above with Cheryl) in 1975 when I was a graduate student at the Leonard Davis School of Gerontology at the University of Southern California (USC). Dr. Birren, the founding dean, was head of the school. Our relationship was rekindled in the mid-90s when I enrolled in his Guided Autobiography

Theresa Reid, PhD is Executive Producer and Host of the interview series, “Aging for Life.”   I’ve been heavily involved in the gun violence prevention (GVP) movement in the United States for a few years. Recently, other local group leaders and I were gathered in my living room for our usual monthly meeting. We range 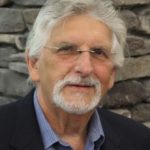 Here is an interview with Jeff Rubin, a vocal elder advocate who believes that every individual has the right to be heard and the power to make a difference regardless of ability or age. He is also the author of “Wisdom of Age: Perception and insights from one generation to another.” Having spent over 20 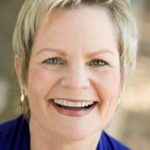 By Sara Zeff Geber, Ph.D. Author of Essential Retirement Planning for Solo Agers Is living alone a problem in itself? Most single people of all ages tell me they like living on their own, free to come and go as they please, watch the TV show of their choice and see friends and family on 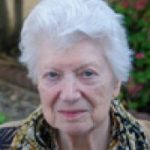 ​Leaders from The World Cafe ​often refer to ​their​ beloved Anne Dosher as the “Elder” and the "Guardian of the Soul of the World Café​."​ Anne, who is now in her 90s, wrote about conversation as a life-affirming evolutionary act. Her call to action is as compelling today as it was when she wrote this

Here where I live, on a small peninsula called Cape Cod that juts out into the Atlantic Ocean from New England, negative changes in the environment are obvious. Some problems result directly from overdevelopment and careless use of natural resources – such as ground water pollution from old septic tanks and fertilizer runoff in marshes

House-sitting in the Second Half of Life Meg is our Country Liaison for New Zealand. “We think we would love you to sit for us. But we need you to know we are not a pristine / new / ultra tidy lifestyle block! Dogs sometimes run through the house...the big back yard is completely overgrown

Illness shows no mercy. It can stop you in your tracks and make you wonder what you’re good for when most days you can barely get out of bed. I’ve always been a hard worker and a social change agent, expressing my passions as a writer, community activist, and promoter of spiritual awareness and creative 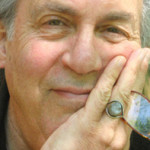 My grandfather, Harvey Saunders, spent his life working out-of-doors as a lumberjack and forest ranger. As he aged, his elegant, strong and gentle hands developed creases, lines and dark spots. These huge, graceful and richly textured hands fascinated me. They exuded wrinkled wisdom. Because of him, I have photographed the elegance and majesty expressed in

I’m an activist working to end ageism: discrimination and stereotyping on the basis of age. I’ve been blogging about it since 2007 at This Chair Rocks, where you can find my bio and my research; I give talks; and I’m the voice of YoIsThisAgeist?, a Q&A blog. (Go ahead, ask me.) I want to see

The Pass It On Network invited Cat Johnson from Shareable, an award-winning nonprofit news, action and connection hub for the emerging sharing transformation, to tell us about this global movement that is impacting ever part of society. She gives us 10 simple, practical examples of how anyone can join in and start making a difference today.

Who’s who: The author is Julie, freshly retired as a Higher Ed Administrator from the U.S.A. Moira is the Pass It On (PIO) Network International Coordinator from France, and Hans is the PIO Liaison for Iceland. (Hans has a U3A title I think?) July 29: Learning that I was flying Icelandair to Europe, Moira tells

Once upon a time Renée had a salaried job. She liked her job for many years but things changed and she decided to go solo and once over the “yipes zone” as she calls it, she’s never looked back and has literally thousands who are grateful she made that choice because her mission in life

It was past 23h on December 5, 2013. I was up creating a collage of the Pass It On Network launch with Jan Hively in Paris in November, vaguely watching late night news on Aljazeera when the flow was interrupted. President Jacob ZUMA was about to address the people of South Africa. Madiba, the father