Universal Declaration of Human Rights (UDHR) was proclaimed by the United Nations General Assembly in 1948. It was a historical moment for humanity. It outlines the fundamental human rights under which we are universally protected. Since then population-specific conventions have been developed by working groups and adopted by countries around the world, such as: Convention on the Elimination of All Forms of Discrimination against Women in 1979; Convention on the Rights of the Child in 1989; and Convention on the Rights of the Persons with Disabilities in 2006.

Recognizing the globally impact of a rapidly ageing population and the unique needs of older persons, the United Nations General Assembly moved forward with:

In December 2010, the General Assembly made the resolution to form an Open-Ended Working Group on Ageing. The work group is formed for the purpose of “strengthening the protection of the human rights of older persons by considering the existing international framework of the human rights of older persons and identifying possible gaps and how best to address them, including by considering, as appropriate, the feasibility of further instruments and measures, and requests the Secretary-General to provide all necessary support within existing resources for the duration of its mandate.” 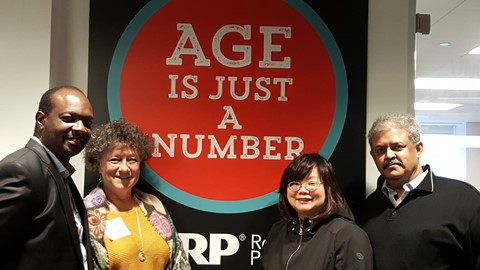 Pass It On Network delegates (l to r) David Oludare Mark (Nigeria), Kathi Bailey (US), Margaret Young (Canada), and Himanshu Rath who has been an active member of the OEWGA since its inception in 2010.

The Tenth Session of the Open-Ended Working Group on Ageing, April 2019 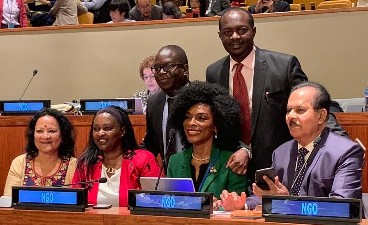 NGO representatives at the 1Oth session of the UN’s Open Ended Working Group on Ageing in New York. Standing are two Pass It On Network liaisons, Andrew Kavala (left) from Malawi and David Oludare Mark from Nigeria.

Pass It On Network:

Organized a helpful introductory workshop hosted by AARP before the opening of the 10th session.

The time is to act is now!
Please share your thoughts and ideas in the comment section shown below.