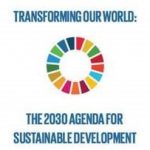 When I think about effective advocacy, I think about the process of “barnacling” described by a remarkably successful change agent, Donna Butts, the founding director of Generations United.  Like tiny snails, barnacles grow and are firmly attached to the bottoms of ships that glide through the sea.  Donna said, “If we want something, we just

Here where I live, on a small peninsula called Cape Cod that juts out into the Atlantic Ocean from New England, negative changes in the environment are obvious. Some problems result directly from overdevelopment and careless use of natural resources – such as ground water pollution from old septic tanks and fertilizer runoff in marshes

For many years, my mantra has been, “Meaningful work, paid or unpaid, through the last breath.” For most of that time, I’ve been thinking about work as purposeful doing. For the last 20 years, since I shifted my professional focus on life-work planning from youth to older adults, I’ve wanted to counter ageism by showcasing

We are the ones we have been waiting for!! Let’s show how we can work together from around the world... Let’s create… The Pass It On Playbook In this time when economic uncertainty is spreading around the globe, the concern expressed most frequently by Pass It On Network subscribers is economic security. Even retirees with

Back in 1960, U.S. President John F. Kennedy convened the first White House Conference on Aging with this challenge: “We’ve added years to life. Now it’s time to add life to those additional years!” A booming economy responded with a retirement living industry that supported “graying as playing.” From 1960 until now, another 15 years

Pass It On programs are helping people every day in many ways. Karen Greer of the SHIFT Midternship Project shared one of their success stories with Jan Hively. Nancy, age 55, lost her job as an Information Assistant in a local college during a workforce reduction process in 2011.  She decided to change careers based

The Pass It On Network is described as a « global exchange. »  Today, a reporter from Radio France Internationale, Alison Hird, asked me if I really believe that seniors around the world have enough in common to want to participate in an exchange.  She asked, « What’s worth it for seniors to want to talk and work