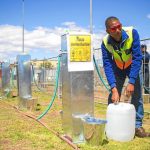 Jan Hively, our co-founder, has just lived through four successive nor’-easters that hammered the East Coast of the U.S. mercilessly, wreaking havoc and leaving people isolated. Margie van Zyl Chapman, our network liaison from CommonAge is surviving drought-stricken Cape Town. After the third successive year of no winter rains, the city is down to severe

Loneliness is a killer that stalks the youngest to the oldest across borders. It is increasingly seen as one of the largest health issues facing the world. Consider these three staggering factors that make loneliness a major health hazard: Loneliness is as bad for you as smoking 15 cigarettes a day. Loneliness is worse for 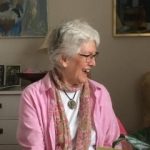 How it started and where we are now. A personal description. Jan. 2018. I am an American living in Sweden and do not have old friends from school days – or even family of origin - in this country. Some years ago I began wondering what it might be like to close my private practice

Historically women have bonded together in groups to support and learn from each other. If the need and momentum is there, some grassroots groups grow into organizations. The Transition Network evolved from a small group of women who came together to talk about needing support and connection to navigate life transitions. The spirit of that group

We are the ones we have been waiting for!! Let’s show how we can work together from around the world... Let’s create… The Pass It On Playbook In this time when economic uncertainty is spreading around the globe, the concern expressed most frequently by Pass It On Network subscribers is economic security. Even retirees with

The Pass It On Network invited Cat Johnson from Shareable, an award-winning nonprofit news, action and connection hub for the emerging sharing transformation, to tell us about this global movement that is impacting ever part of society. She gives us 10 simple, practical examples of how anyone can join in and start making a difference today.

Back in 1960, U.S. President John F. Kennedy convened the first White House Conference on Aging with this challenge: “We’ve added years to life. Now it’s time to add life to those additional years!” A booming economy responded with a retirement living industry that supported “graying as playing.” From 1960 until now, another 15 years