I’ve just returned from Japan. What an experience. What a discovery. I loved the country, the cleanliness, the organization and the thought that goes into everything – take a train and you’ll find platform level access, baggage storage with a holding bars, handbag hooks at restaurant tables, sophisticated toilets with a control panel that requires considerable study.

This was my first encounter with Japan and I was delighted with the polite and courteous behavior of everyone I met, the helpfulness of people – on four separate occasions people went out of their way to walk me to my destination. Living in a Latin country, I couldn’t get over the discipline – one would no more think of jaywalking than of leaping in front of a bus. The traffic lights change for fairly lengthy periods of up to 90 seconds, cars and buses cut their motors, pedestrians on the curb wait patiently, more often than not busy with their smart phones, and move off as soon as the traffic lights music starts – it could be a cuckoo call, or  gentle air, but whatever it is, it is soft and calming and facilitates mobility for those with sight problems. I visited Fukuoka, Hiroshima and Kyoto and all had pavements fitted the paths to guide people needing a white cane to move around. 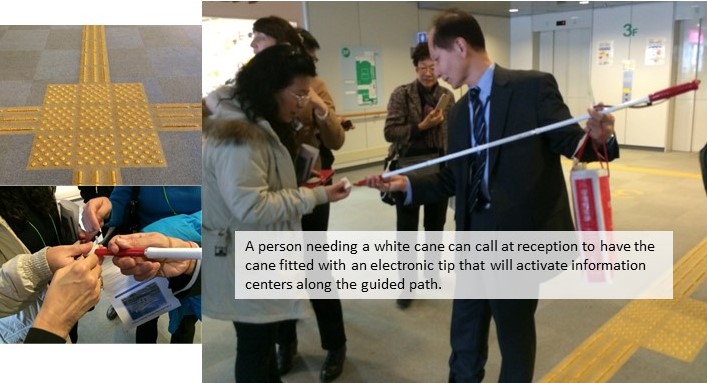 The reason for my embarking on this exciting, eye-opening trip was to “learn, contribute and make new friends” at the 10th anniversary conference of ACAP – the Active Aging Consortium of Asia Pacific in Fukuoka City. That was the simple message of Dr Kathryn Braun, ACAP’s President, whose joie de vivre is quite infectious, delivered at the opening ceremony. And I certainly did all of that.

Carleen Mackay, expert on the mature workforce, co-founder of Ageless in America, and a long-standing colleague of Dr Jan Hively, introduced the Pass It On Network to Dr Cullen Hayashida in Hawaii. Our first contact was a very fruitful Skype meeting. He told us about ACAP and the fact that the 10th Anniversary conference would be held in Fukuoka, Japan. It was decided that I attend to represent the Pass It On Network and he agreed to be our network’s liaison in Hawaii.

Going to Fukuoka brought ACAP to life for me. It was no longer a nebulous name but people, their projects and their delight at being reunited with each other and their eagerness to share.

I was warmly welcomed as the “European cousin” and the Pass It On Network is now a member of ACAP.  As we deepen the relationship with its 11 country members, we will learn more, contribute more, make more friends, and thus contribute towards moulding a new and more realistic image of aging.

The two networks are similar in many ways. Neither imposes a membership fee and the most important part is sharing and learning from each other and the pleasure derived in the process. While ACAP is more academically based with many research institutes as members, it welcomes with open arms the civil society, cities and all organizations genuinely interested in advancing and designing an age-free society.

The conference was the glowing example of what one man’s vision and a group of dedicated people can do when drawn together by a common cause. The result can be expressed as converting our individual and collective thinking to forge a positive new paradigm reflecting the 21st realities of our aging world. The accent was on the fact that active aging is not only an individual issue; it is above all about social reform.

ACAP’s 10 year history started in March 2005 when 20 people headed for Fukuoka at the invitation of Professor Takeo Ogawa, then of Kyushu University. He felt a real sense of urgency to get as much input as possible to successfully meet Japan’s seismic demographic change. Professor Ogawa’s initiative, stoked by the World Health Organization’s Framework based on the life course theory (Madrid 2002), led to the founding of ACAP.

A decade later, the 10th anniversary Fukuoka Active Aging Conference attracted more than 400 participants from 11 countries in Asia Pacific and one from France.

“… no road ahead, I can leave a path behind”

As he set out on this journey, Professor Ogawa was inspired by the Japanese poet, Kotaro Takamura who wrote, “There is no road ahead, but I can leave a path behind.”  It seems to me that this is a perfect complement to the line of the Indian Hopi leader that inspires our work at the Pass It On Network: “We are the ones we have been waiting for.” If we don’t, who will? Do I want to be “done to” or do I want to master my destiny for as long as possible?

Before going, I knew that Japan was the oldest country in the world. However, I hadn’t quite measured the extent of the issue.

Japan’s population is aging at a globally unprecedented pace. As of 2015 the 65+ population accounted for 26% of the total. By 2025, the figure is expected to reach 30%, and to rise to almost 40% by 2060. This is a level of “super-aging” that no country has ever experienced, according to Keidanren, a confederation of Japanese businesses and a member of the Business and Industry Advisory Committee to the OECD. At present there are two other “super-aged” societies – Germany (21%) and Italy (22%). By 2020, only four years down the line, Holland, France, Sweden, Portugal, Slovenia and Croatia will have gained super-aged society status and by 2030, a total of 34 nations including Hong Kong, New Zealand, Korea, the USA and the United Kingdom will have joined the club.

Statistics are one side of the picture. The other staggering part is that the 80+ cohort is the fastest growing in the world and that includes centenarians. This makes the whole question of long term care a burning issue.

Dr Kathryn Braun, says “we are getting older, and this is the time for innovation not degradation. Nowadays 70 might be the same as 50 in the past. The question is how can we work together to design an age friendly society?”

If she’s right, and I think she’s right, it means at 70 we have at least 20 productive years ahead of us. Given the aging of our societies, each and everyone one of us will no doubt be, at some stage, both caregiver and care receiver. This realization made me determined to do what is necessary to fulfill my role. I loved this comment from Kathleen Schomaker, the founding director of Gray is Green, a national environmental education and advocacy organization for older adults quoted in Jan Hively’s article on Resilience published in the Life Planning Network’s Quarterly Journal, winter 2016.

“This is an exciting time to be alive, to be an elder, and to be engaged on behalf of the future!” 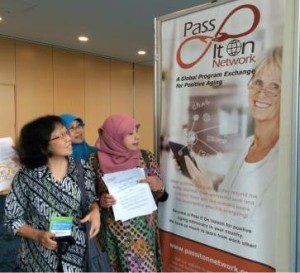